However, given the new UL 2020 smoke detector standards (UL 217/UL 268) is this the beginning of the end for Simplex 4008-9714? First announced in 2007, UL released two new smoke alarm and detector standards (UL 217 & UL 268, 7th Edition) aimed at reducing false alarms, also known as nuisance alarms, and at detecting different smoke characteristics. (read more about this in our blog: Significant changes to smoke detector standards: Learn what it means for you. While this doesn’t mean your current smoke detector is no longer approved, it does mean that products you utilize today to support such system will no longer be produced or available from the manufacturer. This includes the Simplex 9714.

While Simplex has not specifically announced the end of life of the Simplex 9714, it is expected to do so once it has a new UL 2020 certified detector to replace it. However, while these new UL certified detectors will work well on newer fire alarm panels they will likely not be compatible with the older panels that have supported the 9701 & 9714 detectors for over 40 years. Additionally, it will likely NOT be UL Cross Listed with the older panels. Since these new standards go into effect in May 2020 we expect that over the next 6-9 months Simplex will announce its final orders for it’s most popular and beloved smoked detector.

So what does this mean for you? It’s time to stock up! Both from an availability and price perspective, time is running out. Simplex unlike other manufactures (Siemens, Notifier, and EST) typically sells directly to customers from its factory branches and webstore. This means there are limited Simplex dealers to help you find parts or place orders. This is an important note, since currently on the Simplex Grinnell Webstore, the 9714 is selling for $151.40 and is Out of Stock. Luckily we’ve seen this coming and have stocked up. Visit Save More on Fire Alarm Parts to check our inventory and competitive prices. 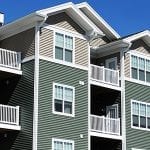