Simplex 4098-9701: Confessions from a discontinued product

Even though the Simplex 4098-9701 addressable smoke detector hasn’t been manufactured for over 20 years, it’s still one of our best selling Simplex smoke detector heads. Read what lessons we’ve learned on what happens to supply and price when a product is discontinued. How can these insights help us as we expect the UL 2020 standards to send many more smoke detectors to this same fate?

As we move closer to the new UL 2020 fire system standards (UL 217 & UL 268 7th Edition) we expect 2019 to be an exciting year as manufacturers increasingly announce the end of life of major products as well as their improved replacements. To start to understand the supply and price impact this might have, were looking at the evolution of one of the most installed smoke detectors, the Simplex 4098-9701 and 4098-9714.

For more than 50 years, fire systems and devices have evolved in their wiring, technology, and cost. This evolution in the products and systems offered has been sparked by different factors throughout the decades. However technology advances, cost constraints, and building safety codes are core drivers of this change.

An example of this, is the transition from conventional to addressable fire alarm systems. Originally, conventional fire alarm systems when activated would tell firemen what floor or “zone” of the building was on fire. While this was of course useful it resulted in more time to find the fire specifically. Addressable systems improved the reaction time by enabling facility managers and firemen to look at the control panel and pinpoint exactly which smoke detector had been activated. This enabled them to more quickly and accurately respond to fires.

As fire systems age, parts need to be replaced. However, new detectors and panels don’t often work with older parts. Because of this, facility managers have to make the choice to either retrofit their entire system, which is very costly, or replace non-functional parts with reconditioned ones.

Even though this part hasn’t been made for over 20 years it’s still one of our top selling parts. This goes to the scale at which the Simplex 4098-9701 smoke detectors we’re installed in buildings across the US and the much higher cost associated with a complete system retrofit. As supply declines and demand continues we expect to see the price for this smoke detector continue to rise. Of course, the good news is that we stock a large supply of refurbished (and a few brand new) Simplex 4098-9701 smoke detectors. Savemoreonfirealarmparts.com is really a great webstore to bookmark to keep your older Simplex fire systems running.

Why look at the progression of 9701s? Their supply and price trajectory are a small glimpse into the fate of Simplex’s 4098-9714s. However, this time it’s not a technology change driving innovation but instead a UL code change. As mentioned in our earlier blog “Significant changes to smoke detector standards: Learn what it means for you” new 2020 UL standards will drive significant change as current smoke detectors, including the Simplex 4098-9714, are unlikely to pass these new stringent tests. As such, we expect that Simplex soon will release their newest replacement addressable smoke detector heads. While this won’t impact new fire systems, as we’ve seen with 9701s, this will significantly impact the availability and price for replacement 9714 smokes as facility managers look to replace parts that are no longer manufactured. At this point, it’s now just a waiting game to just see how much. 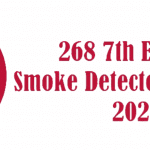 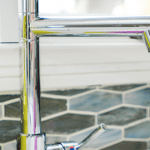