How to survive the end of Siemens FP-11 production

A significant problem with smoke detectors is their potential for false alarms and associated fire departments fines. For more than 15 years, the Siemens FP-11 Intelligent Fire Detector has been a great solution to this costly problem. This “smart detector” uses highly developed algorithm detection technology that allows the detector to distinguish real fire events from false phenomena (i.e. false alarms from cooking and cigarette smoke). Siemens offered a false alarm guarantee that was unheard of in the industry making the Siemens Fireprint FP-11 smoke detector the most common intelligent Siemens ordered part. For commercial buildings there are typically thousands of FP-11’s in a large Siemens MXL fire detection system.

However, as of May 29, 2020 Siemens has announced that the FP-11 will no longer be produced. Why you ask? The new UL 268 7th edition standard is changing smoke detector design and testing standards to reduce unwanted false alarms and to keep pace with the technological advancements of smoke detection. In response to this, and other product manufacturing limitations, Siemens decided to stop the production of FP-11 smoke detector heads. There is NO replacement detector for the FP-11. Once production stops, the secondary market will be one way to obtain them unless a Siemens Dealer or Factory Branch has stock left which is not likely.

For the other Siemens newer addressable fire alarm systems (ie. Siemens XLS Addressable), Siemens is developing new detectors for these systems. To date, Siemens hasn’t made announcement of these new products as these new smoke detectors are still being UL tested and will be announced over the following 12-18 months.

So, what does this mean to all the facilities managers that are responsible for the fire systems in buildings with the Siemens MXL Series Addressable Fire Alarm System (MXL, MXLV, MXL-IQ) and has FP-11 smoke detectors? It means, its NOW time for you to stock up on spare FP-11 smoke detectors before they are no longer available. These FP-11’s are often needed to be replaced if they stop working or are painted over. This often happens when the smoke head is not covered by a protective cap or plastic wrap during constructions or remodeling.

One thing we’ve seen in our over 30 years’ experience in the fire alarm parts business, is that when products are discontinued prices raise quickly so it’s good to be prepared early. As we’ve been getting closer to this May 2020 deadline we’ve already been seeing the prices of new and refurbished FP-11s rise. Two years ago, new FP-11s averaged $150 per unit. Now at the beginning of October 2018 new FP-11’s retail for an average of $225 with refurbished ones typically costing 50% less. ISA, the largest fire alarm parts supply house is currently selling new FP-11s for over $385 per unit. As we get closer to the May 2020 deadline, we would expect to see new FP-11s on the secondary market to be over $500 per unit.

Given the changes it’s best to start preparing now. Review your fire alarm system and determine what your facility needs for the next 5 years as we expect even the secondary market to be out of new and refurbished FP-11s before 2025. While you maintain your system for as long as possible it’s also best to start developing a plan for the eventual costly upgrade of your entire fire system that will be needed as the MXL system will no longer be available. Contact us for more details or any questions you have. 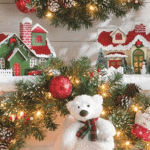