On December 5th, 2019, UL released a customer bulletin announcing that the UL 217 Standard for Smoke Alarms, and the UL 268 Standard for Smoke Detectors for Fire Alarm Systems, 7th Ed. has been extended a year. When first announced in 2007 and again in February 2018, these standards were expected to be implemented by May 29, 2020. However, with less than 6 months until this deadline, UL decided to extend this compliance date until June 30, 2021.

So what does this mean for product end of life and new compliant smoke detector timelines? From our view, this transition on the commercial system smoke detector side was well on it’s way and we don’t expect this extension to delay the May 2020 original deadline. On the residential single station battery and 110V smoke detector side, this will provide more time for their products to get approved and out in the retail market place.The primary players in this space are Kidde, Nest, First Alert, Ring, USI, and FireX. To date, only Kidde has a new UL 268 compliant residential smoke detectors on the market.

From our research and industry sources we still expect the primary four system smoke detector manufacturers (Honeywell, EST, Siemens, and Simplex) to stay on track to meet the UL 268 standards in 2020. Many of them have already announced last purchase calls and already released their new UL 268 compliment replacement products. So even with this year extension, we don’t expect things to slow down or old products to come back.

Below is a summary of where things stand today and our 2020 expectations.

Edwards/EST, is the only other manufacturer to date who has announced their new UL 2020 compliant smoke and CO detectors – the Signature Optica Series. This is the 4th generation of the Edwards SIGA series which can both continually monitor the environment for signs of fire, as well as it’s invisible yet deadly companion — carbon monoxide. While this series was announced back in October 2018, from our research dealers are slowing migrating clients to this new product. Throughout 2020 we expect it’s sales to significantly increase.

Siemens, while not as far along as Honeywell and Edwards, in that they have not announced a total release of their new UL 268 compliant smoke detector, they have announced the end of production of the very popular Siemens FP-11 smoke detector. That last call for orders just passed on December 31st, 2019. Given this phase out announcement, we’d expect Siemens to announce their replacement smoke detector once they are completely out of UL testing.

In summary, for system smoke detector users, this 1 year extension on meeting the UL 217 & UL 268 standards while at face value may imply things will change more slowly than originally thought, but actually from our view won’t slow things down very much. Three out of the four primary system smoke detector manufacturers have already stopped production on their non compliant smoke detectors and we don’t expect that to change. Also Edwards and Honeywell already have their UL 268 compliant smoke detectors on the market, with Siemens to quickly follow. Given that, even with this 1 year extension, we expect more manufacturer announcements both of discontinued products and of new UL compliant products throughout 2020.

Be prepared and make sure you stock up on your system needs now before either the pricing goes up or your parts are no longer available. To get the latest updates and what it may mean for you, your business, and your bottom line follow us on FaceBook and subscribe to our newsletter. 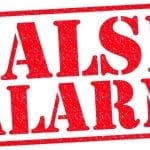 Why Does My Commercial Fire System Keep Having False Alarms?Industry, Safety Tips 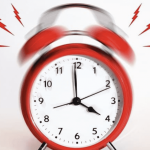