Honeywell recalls first UL 2020 compliant smoke detectors. What does this mean for the future of UL 2020 standards?

On June 19th 2019, Honeywell, the parent company to fire brands such as NOTIFIER, Honeywell Gamewell-FCI, Honeywell Farenhyt, Honeywell Silent Knight and Fire-Lite Alarms recalled two “IV” series smoke detectors: the Gamewell-FCI ASD-PL3 and the NOTIFIER FSP-951. This is significant, as these were among the first smoke detectors that were certified compliant with the new 2020 UL standards ( UL 268 7th Edition). The new 2020 UL standards (UL 217 8th Edition and UL 268 7th Edition) we’re first introduced back in February 2018 and are aimed at reducing false alarms, also known as nuisance alarms, and at detecting different smoke characteristics. (Click to read more about the new UL 2020 standards).

Since the new policy was first announced, fire protection manufactures like Honeywell have been developing new smoke detectors that can be certified UL compliant with the new standards before the May 2020 deadline. After May 2020, smoke detectors that are not compliant with the new standards can not be produced. This is a significant change for Honeywell and other fire protection producers since it effectively means that all of their currently sold smoke detectors will be discontinued before May 2020 and replaced with new UL 2020 compliant parts.

In response to this policy change, Honeywell moved fast and brought two new UL 268 7th Edition compliant smoke detectors to market in August of 2018 – the NOTIFIER FSP-951 series and the Gamewell-FCI ASD-PL3 series. However, less than a year later in June 2019, the Consumer Product Safety Commision announced a recall of approximately 22,000 units sold between March 2018 and January 2019. This recall was due to the potential for the photoelectric smoke sensor to malfunction and cause the fire alarm system to fail to alert occupants in commercial buildings of a fire. According to the Consumer Product Safety Commision, this recall involves “-IV” Intelligent photoelectric smoke sensors sold with fire alarm systems installed primarily in commercial buildings; not sold to retailers or consumers. The smoke sensors are round, ivory in color, and measure four inches in diameter. The model number, date codes and Honeywell or Notifier are printed on the back label of the smoke sensor. Click Here to get the complete list of brand names, model numbers, date codes, and configuration.

Since then, Honeywell has addressed the issues and both the NOTIFIER and Gamewell-FCI IV series smoke detectors are back on the market and available for purchase. It remains to be seen if this will be a solo incident or a trend of what’s to come as manufacturers quickly push new technology and product onto the market before the UL May 2020 compliant deadline.

This change in the UL code will save lives and is a significant change for manufactures and fire system managers. Over the coming months, we expect a lot of manufacturer announcements both of discontinued products and of new UL compliant products. To get the latest updates and what it may mean for you, your business, and your bottom line follow us on FaceBook or Twitter, and subscribe to our newsletter. 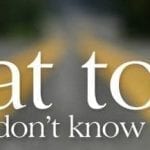 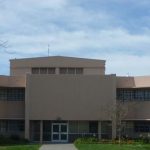