Voice is Choice for Emergency Response

Voice is Choice for Emergency Response

Well documented research into human behaviour in emergency situations shows that 75 percent of people react immediately to clear authoritative voice messages in the event of ﬁre. Education is one sector where voice commands that instruct and direct students and staff on how to leave a building or other area during an emergency is widely recognised as the most efficient and safest solution. The advantage of using multi-message voice sounders in schools and colleges is that traditional fire alarms can be mixed with everyday messages such as class change, rather than the customary practice of schools using the fire bells or sounders to announce class changes which has the potential for confusion during an actual fire or routine test.

A recent extensive voice sounder installation illustrates the merits of the multi-message solution. A fire safety system upgrade at Harwich and Dovercourt High School, a mixed secondary school and sixth form with academy status serving more than 1,200 students aged 11 to 18 years, has 110 Vimpex Fire-Cryer Voice Sounders at its heart to help protect students and staff. 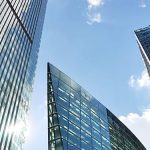 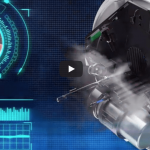